Does your business have the right parts in stock? No matter where you are in the industry, inventory control is always a primary concern, from nationwide sales to local parts stores. That’s where Vehicles in Operation (VIO) reports come in. A VIO report gives you a snapshot of the vehicles on the road in your area, helping you to calculate which parts will be in demand. Vertical Development’s database tools have VIO support built in, and a new level of accuracy means even better inventory management.

How does a VIO report work?

A VIO report is created from information collected about vehicle registrations in a specified region. That data can then be linked with parts to come up with a list of parts that will be in demand for that area. By knowing the probable parts demand, your business can keep parts on hand that will sell quickly while helping customers get the parts they need without having to wait for them to be shipped in.

What information is provided in a VIO report?

While it used to be very basic, ACES mapping standards for vehicles have expanded to include over 40 fields that can serve as identifiers. That means a lot more precision is possible when doing a vehicle inventory, but it also adds a lot more complexity when trying to determine parts’ demand.

At Vertical Development, we’ve developed a system that uses VIO information from Experian Automotive’s AutoCount Vehicles in Operation database and IHS Automotive by Polk. That means we have software that combines data from a constantly updated vehicle registry database with the industry’s largest VIO database to give you the most accurate information about an area’s vehicle population.

Our software takes this information and breaks it down into vehicle make, model, year, body style and engine type. Searches can be done on demand, so you can get vehicle information when you need it and with the latest data available. This report can be exported as a stand-alone spreadsheet.

In the past, the precision of VIO reports was limited to the state level. Now with our updated tools, you can break down VIO results to the zip codes that you’re operating in. That means reports can be limited to a location’s service area for far greater accuracy.

Obviously, an urban area will have a different mix of vehicles than a rural area, which gives these new, finer reports a major advantage over a state-based report that would cover a wide range of markets from farmlands to major cities. It’s even better for locations near state borders, as it lets you focus on your region instead of using reports from multiple states that could include data from areas that may be hundreds of miles away from your location.

Beck/Arnley receives quarterly VIO updates from Experian. Vertical Development has made it possible to upload the VIO updates and run reports against their ACES data.

“Vertical Development set us up so we can upload the VIO Quarterly Reports for the United States and Canadian National levels, as well as U.S. State, Canadian Province, U.S. County, and U.S. Zip Code levels,” shared Ricky Robertson, Catalog Manager for Beck/Arnley. “Now when a sales associate calls and wants a VIO Report for a particular area, we can run the report against a full ACES file or a particular product group. The report gives us our part number along with the VIO counts for that part number.”

“This is a great tool and it lets our sales staff know what Beck/Arnley parts have the greatest potential in a particular area based on the VIO registrations,” he concluded.

Have a regional warehouse inventory to manage? Doing online or mail order sales? Reports can be scaled up to state and national levels, letting you tailor the report to your service area. No matter how big your business is or where it’s located, you can get a report that’s the right fit. You must have an active VIO subscription with Experian or Polk to get started.

If you’re ready to get a better handle on your inventory management, contact Vertical Development today to put VIO reports to work for your business. Call us at (847) 609-9540 or email sales@verticaldev.com.

Request a Free Demo of Our VIO Feature
Leveraging the most recent, actionable data on vehicle registrations allows you to make profitable decisions about your parts portfolio. Aftermarket economics dictate that without a solid estimate of demand, you’re left in the dark on which parts to stock and supply.

As the importance of this type of vehicles in operation (VIO) data has increased, so has the challenge of acquiring it and integrating it into your inventory management flow.

In the past, finding the number of vehicles on the road for a particular make and model was rather straightforward using the old Legacy 7-digit code. Now, with new ACES data standards and over 40 fields serving as unique identifiers, determining your missing coverage and acting on it can be complex.

But not for Vertical Development’s clients. Our database and programming teams anticipated these challenges well before they were the talk of the marketplace. They spent years putting together a unique and powerful solution which allows you to easily, and cost-effectively, pull and integrate specific Vehicles in Operation (VIO) reports.

Our VIO reports leverage the latest statistics from the most trusted industry sources. These reports are capable of providing vehicle registration data and on-the-road intelligence at granular levels, including National coverage down to ZIP Code level. 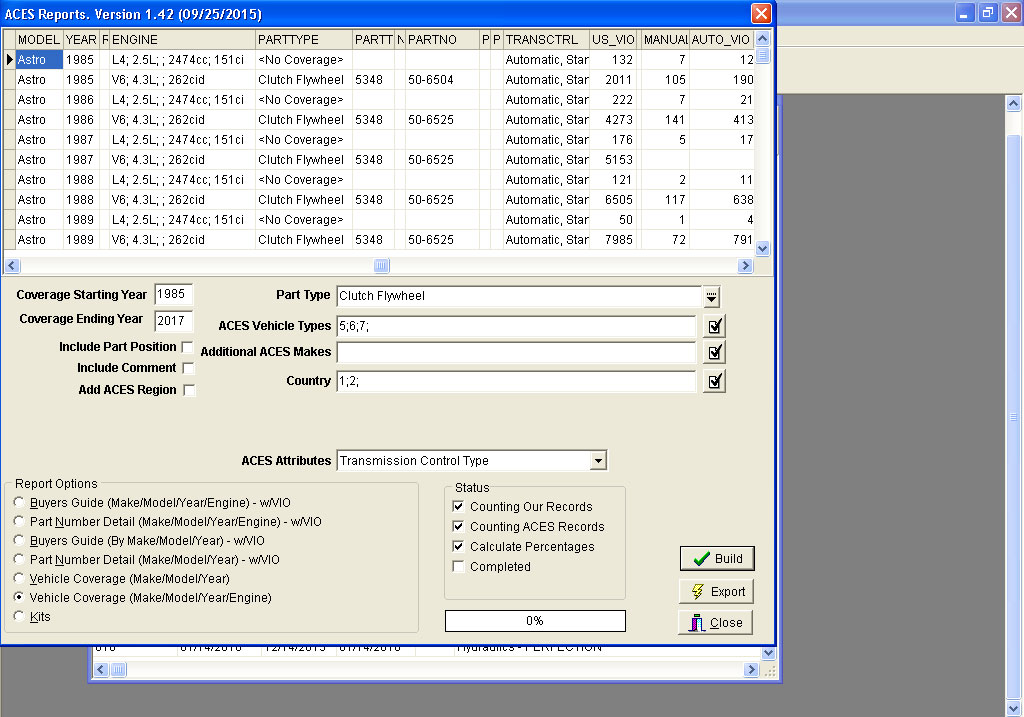 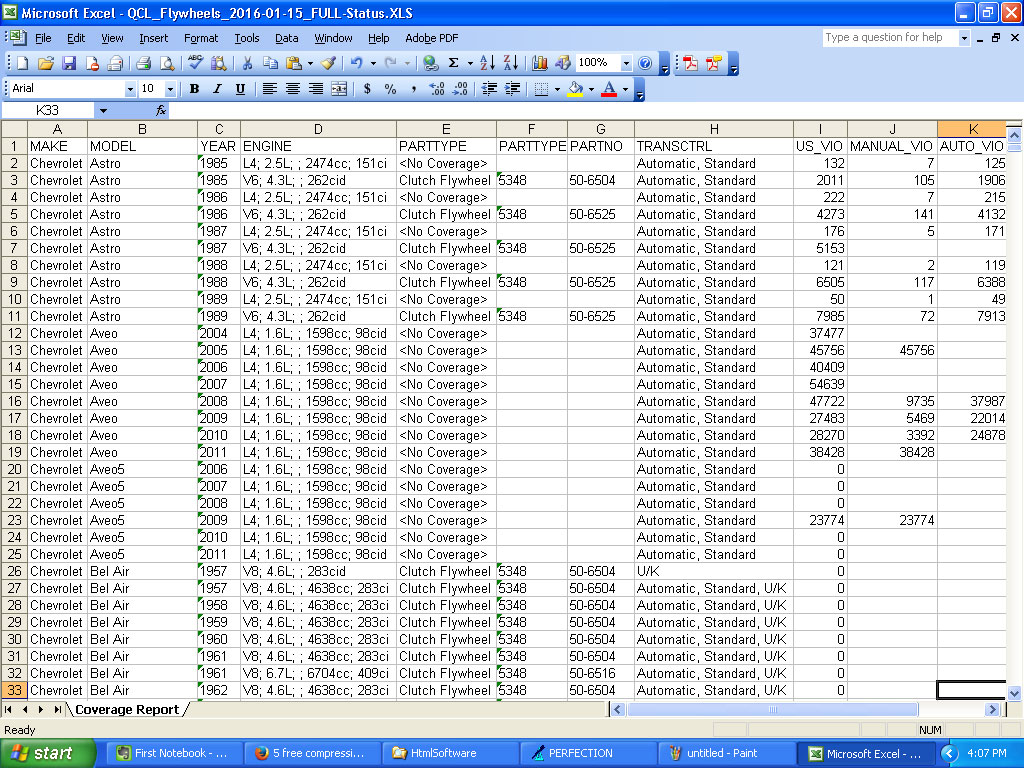 From a Headache to a Money-Maker: Let Vertical Development’s New Feature Do the VIO Heavy-Lifting

For decades, Vertical Development has simplified aftermarket parts data technology for clients to maximize their efficiency and profit. Our vehicles in operation feature is no exception.

From the first interaction with our team, you will be dealing with automotive aftermarket experts who provide white-glove service. No call centers. No gimmicks. And our VIO offerings come with the same backing as all of our products and services: always on-time and on-quoted-cost.

If you would like to receive more information about our Vehicles in Operation (VIO) feature or would like to set up a free demonstration of its functionality, contact us today. We look forward to serving you.